ZAMBIA’S position in the world’s top 50 global mining countries has plummeted in the latest Fraser Index to 58, losing a massive 28 places from the country’s previous 30. The country’s placing in the Index, which measures how a country is seen as a mining investment destination, dropped to 58 largely due to heightened political instability, among several other reasons. According to MiningforZambia, a mining industry-focused website, was a result of negative perceptions, which had been heightened in recent months due to growing political instability that had engulfed the country. “Zambia’s position in the latest Fraser Index has plummeted. The country’s placing in the Index, which measures how a country is seen as a mining investment destination, has fallen from 30 to 58 – a very big drop,” MiningforZambia stated, citing findings from the Index. “You may be tempted to ask: ‘Does this matter?’ The answer is that it does. Although the Index is not based on hard data – but rather the perceptions of mining company executives – these perceptions influence investment decisions. If a country is perceived as a risky investment destination, international companies will not build mines, factories, or open branches of their businesses in that country. Mining industry executives and managers are asked their opinion on 15 issues that contribute to investment attractiveness. These include uncertainty around existing regulations, uncertainty around environmental regulations, the legal system, the tax system, availability of skills and labour, labour regulations and political stability. The answers are then collated to determine how attractive a particular jurisdiction will be for mining investors.” According to the Index, there were three main reasons for Zambia’s decline, which included the 2019 mining fiscal regime, among others. “…These were its taxation regime, the poor state of its geological database, and, rather worryingly, political instability. Zambia has long been considered a haven of peace among unstable neighbours that include undemocratic Angola, the perennially conflict-ridden Democratic Republic of Congo, and economically precarious Zimbabwe. Over the past 10 years, Zambia’s ranking on the Index has been broadly downward. There were significant improvements in 2014 and 2016, but each time this was followed by a fairly large fall the following year. The survey may also reflect investor sentiment regarding policy decisions made by governments in a previous year, What lessons can Zambia draw from this year’s Fraser Institute rankings? The main one is that perceptions matter, and that seemingly isolated developments in areas like policy, taxation and political stability can combine to produce a dramatic reappraisal of a country’s desirability as a mining investment destination,” stated MiningforZambia. And the Index revealed that Zambia’s ranking in Africa also declined to 7th place from 5th place in the previous survey. Finland tops the global mining index, while Ghana (ranked 22nd overall) and Mali (25th) were the top mining jurisdictions for investment in Africa, followed by the 43rd-ranked Botswana. The highest-ranked country in Africa in the last survey, Ivory Coast, saw a drop in the latest survey. In 2016, it was ranked 17th overall and first in Africa, but is now 78th in the world, and 11th in Africa. The Fraser Index measures the attractiveness of a country for international mining investors and is published annually by Canadian think tank, the Fraser Institute. 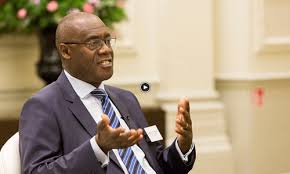 Statement by the Hon. Minister of Finance on COVID-19 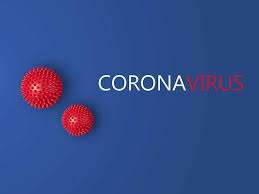