Grizzly Mining Company’s fifth auction sale of Emeralds opened at Lusaka’s Intercontinental Hotel on Monday with the company reiterating its concern over the impending enactment of the new mining tax regime.
Grizzly Mining Chief Executive Officer Abdoul Ba has resubmitted to Government that the gemstones industry and his company in particular will be adversely affected if it goes ahead to implement the proposed changes to taxes and royalties as announced in this year’s national budget.
“We are even more concerned because as we draw closer to the implementation date, we still have not received any assurance on how Government will address our concerns and ensure that an enabling environment which will guarantee that business will operate in a more sustainable manner,” Mr Ba said.
There was need for an enabling environment allowing companies to grow and continue employing more Zambians while contributing indirectly and directly to the Government treasury.
“We are however still that ours is a listening Government capable of creating a win-win tax environment situation for both business and Government. We therefore urge the Government to seriously reconsider the cries of the industry in general and the gemstone sector in particular,” Mr Ba said.
He pledged the gemstone industry’s continued support of the Government’s policies and vision towards the attainment of development and uplifting the people out of poverty.
Mr Ba thanked Government for various incentives, the Government had so far continued rendering to the gemstone mining in the country.
Grizzly Mining Company had over the years grown from being a holder of a small-scale mining license to a holder of a large-scale mining license with a total workforce of more than 875.

By John Chola Times of Zambia 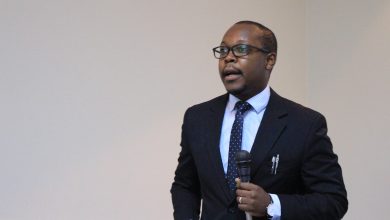