The First Quantum Minerals (FQM) has in the last seven months invested US$2 million in various sectors of the economy in communities surrounding its Kansanshi Mine in Solwezi district.
This has been done through its subsidiary, Kansanshi Foundation, which has injected the money into sectors such as health, education and other pro-poor programmes in the host communities.
Kansanshi Mining Plc Corporate Social Responsibility Manager Bruce Lewis said the mining company has aligned its community initiatives with one of the United Nation’s Sustainable Development Goals (SDGs) to sustain its record of being among the best corporate citizens.
Mr Lewis said the company will continue supplementing Government’s efforts in improving the living standards of people in areas of its operations.
“Among some of the priority areas we are focusing on are health, agriculture, local business development, infrastructure and wildlife conservation, as these projects play a key role in nurturing growth of the host communities,” Mr Lewis said.
He said the mining firm has stepped up its poverty reduction programmes in line with Government’s policy of not leaving anyone behind in communities where it operates.
He also said the mining giant has so far spent US$113,000 to buy school text books, which have been distributed to selected schools supported by the mine.
Mr Lewis said an additional US$9,000 has been spent on the procurement of school desks while US$39,000 has been spent on awarding of scholarships to vulnerable students.
“In the last seven months Kansanshi Foundation has also spent US$470,000 on road rehabilitation and maintenance, recognizing the transport sector as an important component of the economy and a common tool used for development,” he said.

If you enjoyed this article, Get email updates (It’s Free)
Tags
csr fqm

KCM is an important part of the Zambian economy – Cochrane – Dyet 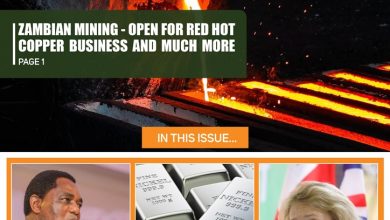