The Zambia Chamber of Mines has urged government to consider deferring the Goods and Services Tax (GST) to January 1, 2020, because implementing it after next month will be disruptive for the sector. And the Chamber has maintained that Zambia’s total 2019 copper production could drop to below 750,000 metric tonnes on account of the 2019 mining fiscal regime and on-going turbulence being experienced by some companies. In an interview, Zambia Chamber of Mines president Goodwell Mateyo advised government to defer the Sales Tax implementation date to a new fiscal year to avoid any disruption for the mining sector brought about by possible fiscal changes in the forthcoming 2020 national budget. He urged government to comprehensively deal with the administrative problems in the Value Added Tax (VAT) system rather than scrapping it. “With Sales Tax, let’s deal with the administrative issues with VAT. But if government should still be inclined to implement it, the Ministry of Finance should consider deferring it to 2020. If it’s implemented in September, then a month later, there’s going to be a budget announcement, possibly other fiscal changes, it makes sense to deal with everything in the (2020) budget presentation and having taking effect from January next year,” Mateyo said. “For us, first priority is to fix whatever is wrong with VAT. But if they (government) still feel inclined, move it (GST) to 1st of January, 2020.” Asked if mining companies had started receiving VAT refund payments owed by the Zambia Revenue Authority (ZRA), he said progress was being made, but at a slow pace to dismantle the outstanding funds. “Some of them have been receiving refunds; others have been getting tax offsets from the Revenue Authority. But there’s still significant build-up of arrears. It’s coming in (refund payments), not significantly; it’s slow. But there’s quite a huge backlog owed to most of the members,” he replied. And Mateyo, who is also Mopani Copper Mines’ general legal counsel, said the Chamber’s maintained that the country’s total copper mining production this year will be around 100,000 tonnes less than 2018’s output Zambia recorded a total of 861,946 metric tonnes last year from around 799,329 tonnes, according to Ministry of Mines data. “On average, I think it will be about 750,000 tonnes, possibly even less. But we are positive that within the next two weeks, we expect the official production statistics from the Ministry of Mines for the half-year. And then, we can use that to extrapolate to see what we think it’s going to be. But our estimates so far are that it’s going to come in around 100,000 tonnes less than last year,” said Mateyo. 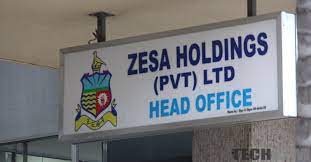