Issues surrounding sales tax should urgently be addressed before it is implemented to ensure it does not shrink the economy, Premier Consult Limited Consultant Oliver Saasa has said.

Professor Saasa warned that much as the tax would increase treasury collections in the short term, there would be a medium to long term reduction in tax payments.

Minister of Finance Bwalya Ng’andu recently announced that government had postponed the implementation of sales tax.

But Professor Saasa said whether or not sales tax would be implemented was still being debated. “But if it’s passed in January, firstly, there will be a short term increase in treasury collections, but there will be a medium to long-term reduction in tax payments. That for me, is a given, “he said.

Professor Saasa said in an interview with Mining for Zambia magazine that a good tax should benefit the country while encouraging investment. Sales tax, he said, if not well administered would negatively impact the mining sector and shrink the economy because the sector would not be able to reinvest.

Prof Saasa said the incentive to invest usually was influenced by the nature of the tax regime.

“We urgently need to address the issues with sales tax because a cough in the mining sector will give everybody in the country the Flu, so to speak. In other words, government must grow the pie, rather than trying to squeeze out more from a tiny pie” he said. Prof Saasa said there were no economic reasons whatsoever why Zambia should migrate to sales tax.

He said tax which was not sufficiently attractive would disturb foreign exchange availability, interest rates and the value of the kwacha.

“In the medium to long term, as a government you must build into a mechanism whereby you do not eat the so called “seed” because you want that seed to multiply so that in future you see an expansion,” he said. 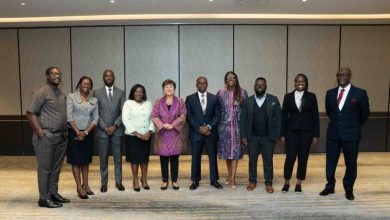