Implementing the Goods and Services Tax (GST) risks resulting in the loss of over 20,000 indirect jobs in the mining sector if government insists on implementing it from January 2020, the Zambia Chamber of Mines has warned.
And the Chamber says government is on course to losing an estimated $140 million in mining tax revenues resulting from the implementation of the 2019 mining fiscal regime.
Speaking after the presentation of the Chamber’s latest report on the impact of the Sales Tax dubbed: “A Tax Too Far”, Zambia Chamber of Mines Chief Executive Officer Sokwani Chilembo said around 40 per cent of indirect employment in the mining sector will be lost should the government proceed to implement the GST on January 1, 2020.
Despite three postponements on its implementation date, government has so far insisted on implementing the controversial GST, arguing that the Value Added Tax (VAT) system had been abused by exporters, mainly mining companies.
Industry experts have, however, consistently warned that government’s attempt to implement Sales
Tax in its current form will trigger huge job losses along the supply chain owing to the threatening cascading effect of applying tax-on-tax, possibly forcing out distributors and rendering them obsolete.
“For ourselves, we are looking at 40 per cent of indirect employment, which is a significant number, north of 20, 000,” Chilembo told journalists at the Southern Sun Hotel in Lusaka, Wednesday.
Zambia Chamber of Mines president Goodwell Mateyo explained during the presentation that the GST will have devastating effects on jobs in the mining sector owing to the huge costs being incurred by mining houses to factor in a new tax.
In a comprehensive value chain analysis of fuel imports under the GST, Mateyo demonstrated that mining companies would be subjected to a compounded 37.8 per cent in total taxes payable for just one input, compared to zero per cent under the VAT system. The GST rate on imported goods into Zambia will be at 16 per cent, while the rate on domestic goods and services supplied within the country will be at nine per cent.
“So, that’s only one example, it’s only fuel, but we must bear in mind that in the mining process, you have several other inputs: you have explosives; you have electricity; you have capital goods; you have machinery, which will also have a typical cascading effect in increasing costs. So if on one input, we see fuel, we see a 40 per cent increase, you can imagine what that would like if you look at the rest of the other inputs in the mining industry,” Mateyo explained.
“What is this going to result in the mining industry? There are several options. The first thing is that the mining companies either absorb these extra costs, which are at a minimum of 40 per cent just for fuel alone. One of the other things they could do is share these costs with suppliers. The other thing that could be done is to cut the supply chain. So, for instance, instead of having the local company provide the fuel, you import directly from outside, and you do the same thing with machinery; rather than having Atlas Copco in Chingola simply import all of that machinery directly from South Africa. What that then means is all of those jobs and extra taxes being paid by these companies disappear overnight!” Mateyo said.
Mateyo, who is also Mopani Copper Mines’ general legal counsel, argued that implementing the GST next year would equally lead to Zambia’s mining sector being less competitive internationally.
“Let’s not just look at this from our own domestic perspective, let’s put this in context; what is everyone else doing internationally? So, we decided to benchmark against three international mining destinations: Panama, Canada and Australia. Looking at how their VAT or Sales Tax system works, we find that it works to the VAT system that’s currently in place. We see that implementing a Sales Tax leaves our mining industry at a point where it’s uncompetitive! It costs significantly more to mine a tonne of ore or metal under a Sales Tax regime than it does under a VAT regime,” he observed.
And Mateyo disclosed that government would lose $140 million in mining tax revenues once it implements the 2019 mining tax regime currently under contention.
“Assuming that the 2018 mining tax regime had been maintained, where would we have been? So, in 2018, we had that US $525 million (in mining tax revenues), which, actually did materialize. If the mining tax regime had been maintained at that level without tinkering with it, purely from increased production and increased profit margins, that figure would have risen to US $585 million in 2019, and further in 2020! In fact, when we compare that US $585 million versus the US $445 million that we forecast for this year, we see that in increasing taxes for this year, government has actually been out of pocket by US $140 million,” revealed Mateyo.
The Chamber’s latest report on the impact of the Sales Tax, dubbed: “A Tax Too Far, the economic impact of Zambia’s proposed Sales Tax” examines the consequences of getting scrapping the current VAT system in favor of the GST. Part of the report reveals that the imposition of the Sales Tax would drive out several businesses, citing the indirect employment base of some 90,000 jobs (at a 1:3 ratio of direct to indirect jobs), that remained at risk. 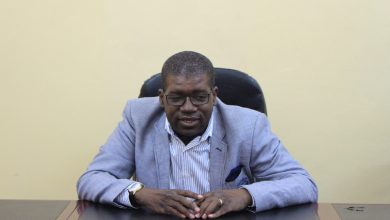 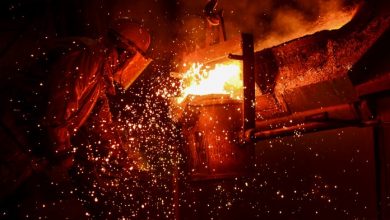